On Monday night, I scanned and emailed my corrected page proofs to Roc, so Iron Night is now officially locked off! I’ve made my last changes, hopefully I’ve caught all of the biggest problems, and now it’s out of my hands. I remember being at this place before with Generation V, but it felt different then – at the point when I was finally hands-off with Generation V, I had to move straight back into work on other projects. Right now, just because of where things fell, I actually am getting a bit of a breather. The manuscript of Book 3 is with my editor, and I won’t get notes back on it for probably another month or two. I already have a bit of a list of notes on it from my readers and my agent, so I have a feeling that I’ll probably be doing some more extensive fixes on this one, but I’m happy to take a break from it (just for a little while!) so that when I come back to it later, I can have look at it with fresher eyes.

This is also a bit of a nervous point in the process, because while I’ve spent about a year in total working on Iron Night, and my direct involvement in the writing has now come to an end, it won’t be hitting bookstores until January, and since the ARCs (advanced reader’s copies) haven’t been produced yet, I haven’t gotten any “real” reader feedback yet. I’m really excited about this book, and I’ll definitely be doing more posts and dropping more hints about its content as we get closer to the release date, but mostly I can’t wait to see what people think about where I’m taking Fort and Suzume.

I’m going to be starting to work on publicity for Iron Night soon, so I’ll be getting a chance to talk with all my favorite bloggers again, and hopefully also try and get some bookstore events scheduled as well. Should be exciting, and I’ll get going on that next week.

Also coming up – New York Comic Con! I’m so excited about this! Thanks to support from a local businessman (my uncle in Forest Hills is letting me sleep on his sofa – thanks, Uncle Alan!) I’ll be in town on Friday and Saturday.

11:00am – 12:00pm: “FRIDAY FIRSTS” PENGUIN SIGNING (BOOTH 2129 )
First in series signing with M.L. Brennan (Generation V) and Benedict Jacka (Fated)
If you’ll be anywhere in the area, come and say hello to me! I’d love to sign your book or even just give you one of my cards! 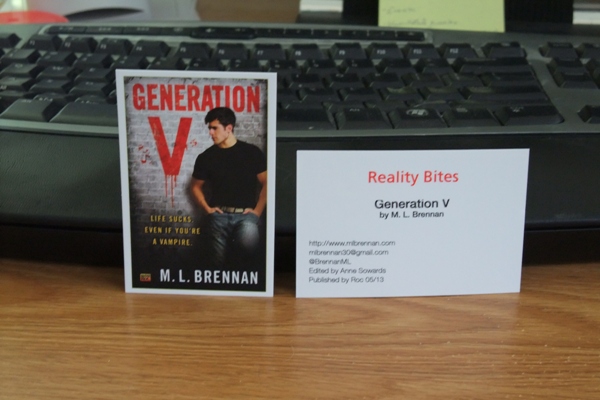 That’s a real inducement, isn’t it? Yeah, look at it. This could be yours!

Description: GEEK REVOLUTION is a no-holds-barred geek culture game show featuring six science fiction/fantasy authors competing for the chance to be TOP GEEK. In addition the audience members will be asked to ‘write-in’ questions in hopes of stumping the authors and winning a prize pack of books. Hold onto your hats, nerf herders, this might get ugly.

This is looking like so much fun, and I’m really looking forward to it! If you are going to be at NYCC, this had better be one of your required stops!

So that’s what’s planned so far – if you have an event or a party that you think I should be attending, tell me about it!

In other news, after working pretty frantically all summer, I actually had some downtime after I submitted the Book 3 manuscript. This meant that I was able to get some reading done! I love writing, and it’s very exciting when I’m in the middle of a project, but it does mean that my reading time gets pretty significantly cut back! Here is a list of the books I read since finishing the Book 3 manuscript:

Have you read any of these books yourself? If so, what did you think? 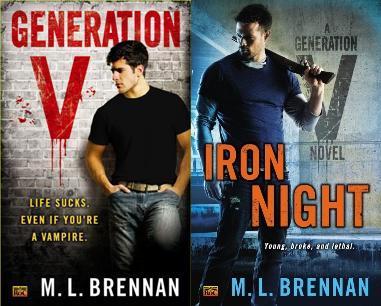