Picking up from where we left off (see Part 1 and Part 2), there’s a little bit of a shift, because I was in the mood for some sci-fi. I started with John Scalzi’s sequel to Lock In, then I tore through the first three books of James Corey’s Expanse series. I do like working in at least a few books from the greater classic field that I just never encountered during school, so (having really enjoyed Wives and Daughters last year) I checked out Mary Barton, which can be best described as poverty porn, with a truly ridiculous amount of coincidence thrown in. Elizabeth Gaskell might’ve had the best of intentions with where she was going with this book, but definitely don’t let this be the first way you encounter her as a writer. She was still working through early writing issues, and about 90% of the last half of the book rests entirely on the main character being unable to tell the dude she likes that she shouldn’t have turned down his marriage proposal, and really wants him to ask again so that she can say yes, but cannot, due to her delicate female reticence. Which…. cannot sustain the back half of a book when she is living two doors down from this guy and sees him literally every day. And then there’s a whole wrongful murder accusation, and a lot of swooning. Like, so much swooning. (which I guess was at least a change of pace from the front half of the book, which was all about the tragic deaths of the suffering poor, and let me tell you, it was not a good idea to be a small child in this book — you were going to die.)

Speaking of some learning curves, I also read Cass Morris’s From Unseen Fire, which had some first novel pacing issues, but has a very interesting setting (think pre-Caesar post-Sulla Rome, with magic) and I definitely think is the start of a promising series. 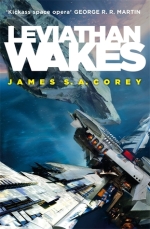 What Was Amazing And You Need To Read It Now, NOW I Tell You:

What Was Good, And Should Go On Your Giant, Teetering To-Read Tower:

Pretty Decent, Worth Reading One Of These Days:

This Was, Indeed, A Book. And One That You Will Likely Complete:

I Mean, It Filled Some Time And It’s Not Like It Was Awful

Oh My God, It Was Awful

Posted on January 2, 2019, in Uncategorized. Bookmark the permalink. Leave a comment.