Somewhat quick update today – firstly, some extremely exciting news! Iron Night now has listings on Amazon.com and Goodreads! So this means that I can finally do the reveal here (in a tiny picture because I don’t have a larger one yet, sorry): 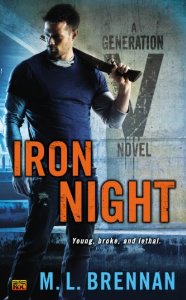 Underemployed by day. Undead by night.

Underachieving film theory graduate and vampire Fortitude Scott may be waiting tables at a snooty restaurant run by a tyrannical chef who hates him, but the other parts of his life finally seem to be stabilizing. He’s learning how to help rule the Scott family territory, hanging out more with his shapeshifting friend Suzume Hollis, and has actually found a decent roommate for once.

Until he finds his roommate’s dead body.

The Scott family cover-up machine swings into gear, but Fort is the only person trying to figure out who (or what) actually killed his friend. His hunt for a murderer leads to a creature that scares even his sociopathic family, and puts them all in deadly peril.

Keeping secrets, killing monsters, and still having to make it to work on time? Sometimes being a vampire really sucks.

Coming January 7, 2014! Very cool, right? When I saw the cover my first thought was that Fort had leveled up in attractiveness! (he went from Fortitude the Grey to Fortitude the White!) But I do love the cover – particularly the way that the artist used the background V to tie the two books together. And the architectural interest behind the model. Oh, and the gun – that’s exactly how I was picturing it. Okay, I just love the cover.

I’m finishing up the primary edits on Iron Night this week, and after that it will be turned over to the copyeditor (which will be, you know, delightful). But I’m really excited about where the book goes, and I can’t wait until it gets released.

But, returning to the book currently making its way (hopefully) onto shelves and into hearts – some new stuff for Generation V as well! Reviews this past week went up at Coffee and Characters and Ladybug Literature, and I did an interview with the Little Red Reviewer. That last one has a giveaway attached to it as well, for anyone interested.

So if you haven’t read Generation V yet, the countdown is now on! 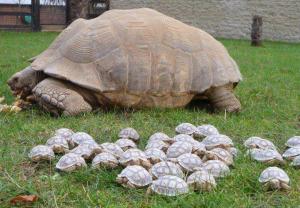 Remember to get one for each of the kids!