← On Vampires: Anne Rice and the Vampire Chronicles
Favorite Things →

How I Got An Editor

In my last post about my path to publishing glory, I covered the long process of signing with my agent. Let me take my mind back to those halcyon days, when I was sure that publication and actual cash were right around the corner. It was 2010 and I was 28, still hoping that someone would put me on a 30 Writers Under 30 list, or start a review by writing “Hot Young Writing Talent!”

What happens once you sign with an agent is that the agent starts doing her job – namely, sell your book. This is an interesting experience, because up until this point, selling my book had been a very one-person job. Like writing itself, selling for me was a very solitary experience. I made lists, I researched a lot, but I wasn’t part of any writing group (and I have a feeling that being part of a writing group focused on getting agents would’ve been like being in the center of a cloud of despair) and I tried to keep my family as much in the dark as possible about the process itself.

So, it’s pretty lonely, and there were a lot of late-night moments of seriously wondering if I was just a talentless hack. But the other side of that was that I was completely in charge of my own destiny. Who I sent something to, whether I entered a manuscript into a contest, whatever, I was the one making the calls. At every point I knew exactly what was going on.

An agent makes that very different. For one thing, now someone with a professional stake in, you know, getting paid, had told me that she wanted to work with me. That’s pretty helpful during those “I’m just a hack!” moments. The other thing was that, for the first time, someone else took stuff on. I had to email Colleen to find out what was going on with the manuscript – that took some getting used to. It was also different to see an ad or something for a press or a contest and think, “Oh, dude, that would be perfect for the manuscript!” but then have to contact my agent about it instead of just going forward with it.

It was an adjustment. But I really feel that getting an agent was incredibly important and worthwhile, and in retrospect I would never have done anything differently. For one thing, I’m saying that from the point I’m at now – late August of 2012, with an accepted book rattling its way toward publication, and I have seen up close exactly how indescribably useful it is to have my agent and how very much she is earning her commission. (hint: I am fairly sure that without Colleen, my contract with Roc could well have included language concerning firstborn children, and I never would’ve known) 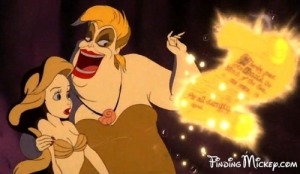 Really, combined accounting is the way to go with a series… yes, you can absolutely trust me…

Once my agent and I were working together, she started submitting my manuscript. The benefit of the agent is two-fold here – for one thing, having an agent means that you can side-step the slush pile at the publishing house. Don’t get me wrong – the slush pile has worked for some and will continue to do so. But it’s better to avoid it. Plus, your agent brings with her a career’s worth of contacts – she’ll look at a manuscript and think, “Oh, I’ll send it to this editor I know over here, because I know that this is up her alley.” Are those contacts that fool-proof route to publishing? No, and I’ll talk about that later, but it never hurts to give networking a shot.

The sad truth was, though, that my first book just didn’t get a publisher. It was a pretty hard kick in the ass, but not that uncommon – I knew other people from my writing program who had also acquired agents, and none of them were able to find publishers either. Believe me, trying to get a book published is not for wusses.

Basically, I did the only thing I could – I rolled up my sleeves and wrote something else. This was what would become Generation V, the book that is being published in May 2013 by Roc. (you see how subtle I was there?) It was under a different title at the time, and someday I’ll do a fun post about title evolution, but for now I’m trying to keep on topic. I wrote Generation V in the summer of 2011, revised it, and showed it to Colleen. It wasn’t the kind of book that she normally worked with, but since we were already working together, she decided to represent it. That was a huge plus – I was willing to go through another agent hunt, but believe me, I was really happy to still have Colleen in my corner.

Here’s how it went:

In September of 2011, my agent sent Generation V to the editors at eleven different publishing houses. A few places turned it down fairly fast, but because I was working with an agent, usually I got a paragraph or two of response. Most of the editors used the phrase, “I liked it, but I didn’t fall in love with it.” I cannot properly express how maddening it is to hear that, but it’s actually a valid response. An editor is looking for not only what they think will sell, what will make money, what will do twenty other things, but also something that they can seriously get behind. After all, they’re going to be spending a lot of time on that manuscript. Plus, I’m sure that on most days Generation V was one of about twenty books sitting on their desks, most of which had a lot of similar themes going on.

Plus, there’s my personal theory, which I picked up from years working in short stories. If you have a manuscript (or story) that is good enough to be published, then that just moves up to another category, which is still really really crowded. Generation V is good, and that’s not just my opinion – I have professionals on my side now. But probably it was sitting next to fifteen other manuscripts, all of which were also good. And the editor might have two slots in their publishing calendar to fill. Which two get it? The ones that the editor loves, not just likes.

Fast forward through autumn (which was notable for the insane Halloween storm that left me without power for nine days) through the fall semester of teaching, and into solid winter. A lot of people passed on it, several with very encouraging notes, and along with one rejection letter from an editor who, and I swear this is true, wrote that he wished that my book had been “more gothic.” I pouted through much of the new year. (I actually had no idea what the hell that was all about until recently, when I was talking to a friend of mine, BigRedK, who works at the Harvard University Press. She told me that apparently gothic themed books are immensely huge overseas. I declared that the next thing I wrote would have Spanish moss hanging over every damn thing in sight)

In the spring, things basically dried up on the manuscript. I sighed, my agent sighed, and I started putting together the basics for a new book, planning to write it over the summer.

Then, in late May, we had an interesting little nibble on our lure. In terms of catching stuff, this wasn’t just a minnow – this was a shark. It was Anne Sowards, an executive editor at Penguin who handled the Roc and Ace imprints. She works with people like Anne Bishop, Patricia Briggs, Jim Butcher, Rob Thurman, and pretty much every other author whose new releases I pine over. She was a judge for the last Amazon Breakthrough Novel contest.

Her name is a killing word.

And she was emailing my agent to let her know that she’d just picked up my manuscript and was wondering if it was still available.

Colleen said, “sure,” in a very casual email, and then immediately let me know in a decidedly less casual email. This led to an exchange between the two of us that revolved around the theme of: “Let’s not get too excited, because this might not happen, but if it does it would be incredibly amazing!” We both managed to avoid using either abbreviations or emoticons in these emails, which I will in the future reference every time someone asks me to give an example of professional behavior.

And, yeah, it happened. There was a little more to it, of course – while Anne was thinking it over, I submitted proposals for two sequels, as well as an outline of overall themes. Anne and I had a phone conversation to talk about the book and possible edits, which was very cool and lasted a little over an hour, and there was about a two-week period that I essentially spent hyperventilating, but it was awesome because Anne and Roc Books made an offer for Generation V and two sequels.

And that was such a fantastic day. Really, really great.

There’s a lot of stuff after that, of course. The contract, which someday will probably get its own post. The editing process. Lots of stuff.

But that’s how I got my editor. Basically, persistence was really important, but so was a lot of flexibility. Luck probably can’t be discounted either.

Next week, back to my slow stroll through every vampire influence I’ve ever encountered.

Posted on August 19, 2012, in Editors, Publication and tagged writing. Bookmark the permalink. Leave a comment.

← On Vampires: Anne Rice and the Vampire Chronicles
Favorite Things →