Good news on the writing front! Tainted Blood copy edits came back, and I went through them line by line. If you happen to follow my Twitter feed, believe me, that involved a whole lot of profanity. Plus some appeals to the Twitter hive mind, and the ever-popular “too gross?” checks. (those have left me with the following conclusion: there are two kinds of people in the world. Those who find poop jokes hilarious, and those who lack all sense of humor. Just a warning – there are poop jokes in Tainted Blood. AWESOME poop jokes.) Now the manuscript passes to the typesetter, and the next time I see it will be when I get the page proofs. So it’s making steady progress toward that November release date!

I’m in the process of re-organizing my office space. I’ve finally decided that I have outgrown the Walmart special desk (that is actually not a joke – I bought it when I was in grad school, and the budget was TIGHT back then) that I wrote the first three Fort Scott books on, and I’m upgrading to an L-desk that will offer about 2/3rds more room. Best of all, there will be room to not only type at the keyboard, but also slide my chair over and work longhand. While I’m at it, I’m also painting the office and finally putting up some pictures. Once this is done, I’ll start breaking ground on Fort Scott #4, which I am now officially contracted for. (the contract arrived yesterday with all the signatures! There is now no escape possible for Roc! Mwa ha ha ha!)

According to my Goodreads account (which, can I just say how much I love that thing? Statistics make me happy – it’s why when I’m working on a book, I keep track of my daily wordcount), I’ve read 47 books so far this year. Let me tell you – it’s been a lot of fun. But as I stand here (or, rather, sit here) at the midpoint of the year, I have to admit – some of those books stunk, a lot were fantastic, but a few were ABSOLUTELY FUCKING AWESOME AND YOU SHOULD READ THEM NOW. 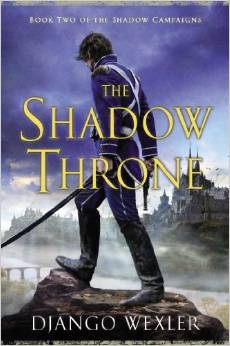 1. The Shadow Throne by Django Wexler

This comes out July 1, but I got an ARC from Django. You might be asking yourself – wait, she got an ARC from the author, who she is also referring to by first name? Is this a case of that rampant authorial nepotism that I hear about?

I will neither confirm nor deny this.

BUT, seriously, I love this series to death. The first book was one of my favorites last year, and I was really looking forward to the sequel. It’s pretty fabulous – imagine a Victor Hugo novel (yes, THAT one – with the musical), but flintlock-fantasy style. Oh, and for those of you who are looking for a fantasy book with a great range of female characters – look no further. It’s here.

I was at VeriCon this year with Max Gladstone, and here’s the thing about being on multiple panels with other authors – you hear the elevator pitch for their novel about 50,000 times. (Max could probably mention all the bullet-point selling items for Generation V from memory) Now, if you’re highly susceptible to advertising, like I am, this usually means that you have to buy the damn thing. However, I’m really glad that I did this, because this book is INCREDIBLE. It’s actually as good as the cover – how often does that happen?

I also read the sequel, which equally rocked my world (book moral: bros before hos, fathers, bosses, and gods), but I made the executive decision that there would be no double entries. 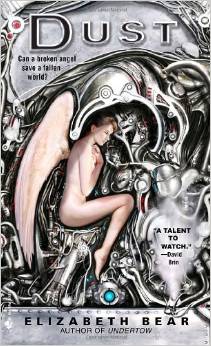 Every superhero/supervillain trope ever is beautifully and mind-blowingly subverted in this book. Great characterization and a great out-of-order construction that gives this a great puzzle feeling. Fabulous payoff, too. I picked this up because everyone on my Twitter feed was going crazy over it, and THEY WERE RIGHT.

The textbook I was using for one of my classes in the spring semester had a really neat section on the graphic novel, and while I didn’t quite figure out a way to shoe-horn it into the official syllabus I did read an excerpt from FUN HOME, and I had to immediately order the whole book. It’s a fascinating and beautifully presented memoir of the author’s childhood and family, really considering the ideas of identity and sexuality. So worth checking out if you haven’t read it yet.

6. Murder of Crows by Anne Bishop

Sequels are tough when you really loved the original. Hopes get really high, and it’s unlikely for the sequel to live up to it. I’m really enjoying Anne Bishop’s foray into alternate-world urban fantasy, and the sequel really worked for me. I’ve had a pretty good six months with sequels, actually. Obviously, there’s my own sequel (REQUISITE PLUG AND SELF-BRAG), but I read a bunch that I really liked. I think the only one that just didn’t really do much for me was Sharon Shinn’s Royal Airs – though I still think that the first in that series, Troubled Waters, was utterly perfect. 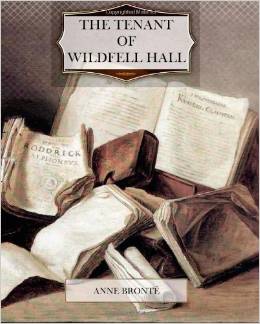 7. The Tenant of Wildfell Hall by Anne Bronte

I’ve done my time in the English Department gulag, so I thought that I’d really had my fill of Brontes. I mean, not that I don’t like them. Wuthering Heights is pretty delightfully fucked up, and Jane Eyre is basically requisite reading given how often writers feel compelled to either rip it off or give it an homage (fact: best Jane Eyre homage EVER is Jenna Starborn by Sharon Shinn – it’s not just a copy & paste of basic story elements, but actually pays attention to the goddamn themes). But I didn’t really feel the need to complete my Bronte trifecta, feeling that I’d pretty much gotten the idea.

I was wrong. Anne is the badass Bronte sister. She’s all gritty realism! Feminism! Belief in redemption! I mean, her sister Charlotte outright refused to let Tenant of Wildfell Hall be republished during her lifetime because of how controversial her sister’s book is. Yes, the book is told in epistolary form, which normally makes me shudder, but it’s worth it.

Okay, and I also watched the BBC film version before I read it, which got my interest going. But – worth it! 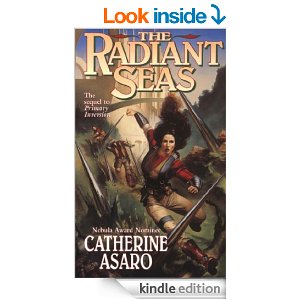 8. The Radiant Seas by Catherine Asaro

Plus the other 12 books in this series that I read since January. I really love this series, and now I’m suffering withdrawal – the bummer of tearing through a series in three months that have taken the author just under twenty years to write. Plus side, according to Asaro’s website, she’s got Plans.

Most of the books in the series can be read individually – there is only one cliffhangered book, and that one is pretty overtly labeled Part One. If you read them in publication order there’s also this neat thing where Asaro skips all around in her own timeline. In some books they’ll refer to this big war that occurred years ago, and in later books the setting IS that war. 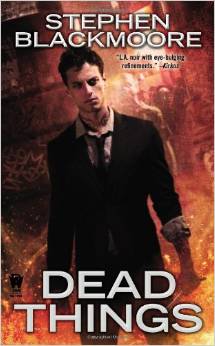 LA noir with necromancy. It’s pretty awesome. The sequel comes out in August, too, so you won’t have to wait too long to find out what’s next for Eric Carter. 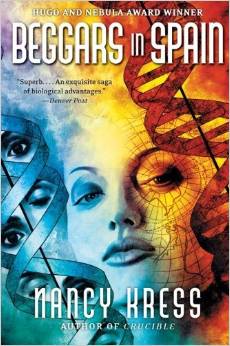 10. Beggars In Spain by Nancy Kress

This is one of those sci-fi books that utterly blows you away with the setup, the payout, and the insight into humanity. It’s also one of those books that will leave you completely depressed because of its insights – but it’s so good that you have to read more. Kress reminds me of Sherri S. Tepper in that way. Well worth checking out.

So that’s my Top Ten since January. What’s yours?