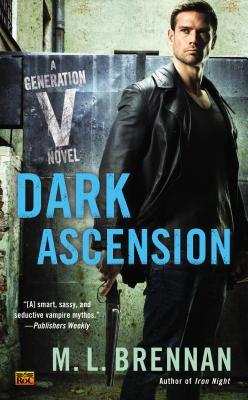 Oh, yeah, a certain something is released tomorrow. No pressure. Juuuuust putting it out there.

With just under a week left for the big giveaway at Reddit, I have an announcement that makes this giveaway even better!

What could possibly be better than me giving away 4 signed copies of Dark Ascension and 1 Big Kahuna prize of a complete signed set of the Generation V books and shipping all of that anywhere on Earth, you ask?

Sure, I could pull winners out of a hat. But what fun is that? None. None at all.

So to help out, I have assembled a lineup of amazing authors who all know their way around mixing funny stuff with the serious stuff. Remember, you still have eight days left to enter, and the winners will be announced during my AMA on August 11!

Stephen Blackmoore is the author of the Eric Carter series of LA noir necromantic urban fantasy, and he and I are such an unholy combination on Twitter that the Oatmeal Raisin Conspiracy recently featured us as a duo on their podcast. Will he find your entry sponge-worthy?

T. Frohock is known for her dark fantasy novel Miserere: An Autumn Tale (and for making everyone have to remember how to spell Miserere) and for her brand-new series of novellas from Harper Voyager Impulse! And if you’re not following her on Twitter, why on earth not? This tough critic of the hilarious will be awarding the Big Kahuna prize, so you’d better impress her!

Max Gladstone writes the Craft sequence of books, which is so acclaimed that he was featured on NPR’s book blog! This is a guy who knows his way around a good skeleton-drinking-coffee joke, so can you impress him with your entry?

Lish McBride writes the awesome Necromancer series, and her protagonist, Sam, would absolutely be besties with Fort Scott. With an MFA in hilarity and a penchant for kelpies in cardigans, can your entry catch her honed eye?

Django Wexler splits his time between flintlock fantasy where a rugged army commander fails to realize that half of his fighting force consists of cross-dressing women and middle-grade fiction that features sarcastic and delightful talking cats. With such a wide range, can your entry sight in on his target?

Posted on August 3, 2015, in Uncategorized. Bookmark the permalink. Leave a comment.